Of What I’ve Written 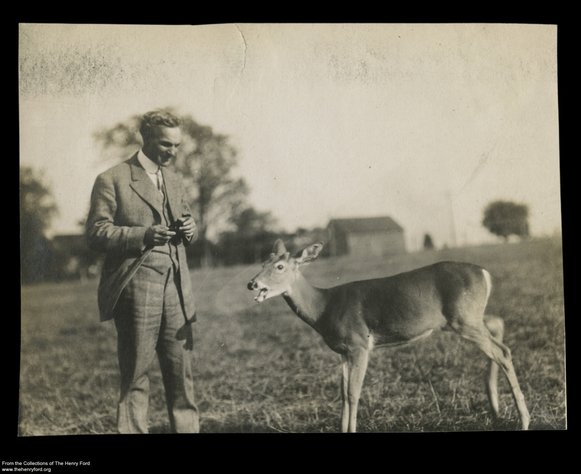 During the past few days, I’ve spotted the following dead animals on some of the Hudson Valley’s roads: fox, rabbit, opossum, woodchuck and deer, both young and old. Save for the deer, I’m assuming the other dead animals caused almost no delay or damage for whoever was behind the wheel.

Our furry and feathered friends are often involved in such vehicular incidents. According to the state Department of Motor Vehicles, animals cause more crashes in New York than aggressive driving, unsafe lane changes and a host of other factors.

Deer, of course, are the biggest and most likely danger out there (along with moose). All of this is a means for me to share this photo. It shows Henry Ford feeding a deer.

I know the photo itself means nothing. I just find it ironic/humorous that the man who salted the nation’s roads with his mass-produced vehicles had a close relationship with the animal that would become prey/danger to those behind the wheel.